Traditional knowledge- to what extent has it been tapped into?

I think have had interests in agriculture for the better part of my life, only that I did not consider it seriously for a long time. I grew up in the outskirts of Nairobi where my parents engaged in part-time farming besides their formal jobs, to supplement the family income. I therefore found myself having to participate in the shamba in one way or another but to say the least, I never enjoyed it. In addition, during our times (unlike in the current Kenyan curriculum for primary education), agriculture was offered as a subject in school from primary level where it was compulsory all the way to secondary school. Upon joining secondary school, I could not wait to get to form two so that I could ‘drop’ the subject and opt for another alternative. I thought I had gotten rid of agriculture in my life forever as I didn’t even consider it as an option when selecting a degree course to undertake during the university selections and I ended up being admitted to take a bachelors degree in biological sciences.

Fast forward to post university and I am looking for a job, I end up being offered a job with the Kenya Agricultural Research Institute and I am posted to Kisumu. Even though at that time this would not have been my first choice of sector to work in and much less in the rural parts as opposed to working in the capital city, it was a blessing in disguise and exposed me to the opportunity to fall in love with agriculture! Yes, working as a research officer with KARI gave me the opportunity to work closely with farmers especially small-scale farmers and I developed an interest in their activities and over the years cultivated my passion in agriculture, communication, knowledge for development and how to ensure these aspects are catered for along the agricultural value chains. It was during this period that I discovered the gap between the research results/knowledge generated from research and the intended user. While we would develop numerous technologies for farmers, these same farmers had no information whatsoever about those technologies. At one time we conducted a study on adoption levels of a maize variety that was tolerant to Striga, a weed which was really a thorn in the flesh for many famers; although the variety had been in existence for at least two years, not even the farmers within the immediate surroundings of the research centre knew there was a solution to the striga menace. This triggered my interest in agricultural information and communication and prompted me to take a masters degree in Agricultural Information and Communication Management (AICM).

Back to my subject for today, I guess you can never run away from your destiny -I have found myself going back to part-time agriculture just like my parents and among other things, I keep indigenous poultry with which I have been facing some challenges mostly with diseases and stock increase and have tried a number of interventions to solve the problems. Being the professional that I am with all the exposure to information, I thought I had or could access all the relevant knowledge needed to solve my problems as a farmer. However, it was not working as well as I thought and at some point, I lost all my stock to disease outbreak and I had to start afresh! Well this time, I paid attention to every detail and I am not doing so badlyJ.

I recently wanted to increase my stock of poultry and I identified a trusted source to get chicks from- an old man in one of the estates in Nairobi who also keeps poultry in big numbers, despite the fact that he only lives in a city estate with ‘no’ land to carry out his farming. When I was ready to collect my chicks, the old man decided to engage me in how I take care of my chicks. I was amazed at the wealth of knowledge possessed by the old man. He took me through a whole lesson of poultry rearing from feeding, to egg handling, to medication, housing and the entire package! On top of the fact that all the information I got from the old man was new to me, he has never been to any agriculture class and neither has he ever taken any poultry rearing course! All this was Traditional knowledge, a concept which is has been debated quite a lot in the past. As I left the old man’s place, I could not help but think of how much knowledge he’s endowed with that could go a long way in solving other farmers’ problems.

My encounter with the old man triggered some questions in my mind. Albeit not new issues, I ask myself, what steps have we taken to tap into the existing stock of traditional knowledge to drive our innovation processes? I believe there are many more people out there like the old man who sold me the chicks. There’s a saying that when an old person dies, an entire library burns. Even with the increased interest in knowledge for development and the need to cultivate a knowledge sharing culture within and among organisations, the interest and advocacy for open publishing and open access to research results, how much attention is being paid to traditional knowledge?

How can we implement or apply the same concept of open access to traditional knowledge, even with the debate on intellectual property and traditional knowledge? Even though the issue of traditional knowledge is not new, I think it has been neglected and I believe there are steps we can take to tap into the existing stock of stock of knowledge embodied in elderly indigenous people and apply these for improved productivity with respect to any sector, agriculture not an exception.

Give out the knowledge and get the power! – The age old saying that ‘knowledge is power’ should be rephrased to ‘knowledge sharing is power’. Encourage the elderly people to share and demonstrate that knowledge is only of value if it is shared and used. Ewen Le Borgne in his blog shares a very insightful piece on “Open knowledge, working out loud, sharing ideas and our mind at large” where he emphasises that the earlier we share our ideas, the earlier others can use them and reflect on them, and the more likely we are better off with enriched ideas. I believe that this same argument holds for indigenous knowledge embodied in the minds of many indigenous people in our societies.

It has been said that people learn best from people like them whom they trust. In this view, encourage the young who co-exist with the elderly in the same environments and settings, to make use of the available knowledge in the elderly and interact with them to learn from them on best practices

All knowledge is valuable if given some consideration and put into context. Let’s give traditional knowledge a chance, and by so doing we will not be preaching water but drinking the proverbial wine as far as knowledge brokerage and translation is concerned! 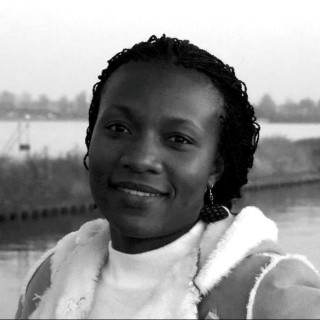